The Ontario Court of Appeal in Howard v. Benson Group Inc. (“Benson Group”) recently confirmed the above principle. It found that a fixed term in an employment agreement rebuts the presumption of reasonable notice of termination at common law by providing a clear end date of employment. The Supreme Court of Canada’s recent dismissal of an application to hear an appeal of Benson Group further entrenches this established principle.

In Benson Group, the company hired Mr. John Howard at an automotive service centre for a five-year term, pursuant to a written contract of employment. The employment contract contained an “early out” clause, which stated that “employment may be terminated at any time by the Employer and any amounts paid to the Employee shall be in accordance with the Employment Standards Act of Ontario.” Approximately two years later, the company terminated Mr. Howard’s employment, and relied on the “early out” clause.

Mr. Howard sued the company and sought damages for the remainder of the fixed term contract, which was approximately three years’ salary. The court found that the “early out” clause was ambiguous, and therefore unenforceable. However, it only awarded Mr. Howard common law damages, reasonable notice of termination, for the wrongful dismissal. Seeking wages for the remainder of the contractual term – a far greater amount – Mr. Howard appealed.

The Ontario Court of Appeal agreed with Mr. Howard, and required that he be paid wages for the remainder of the fixed-term contract. The Court of Appeal reasoned that there is an implied term in every contract of employment that an employer must provide reasonable notice to an employee prior to the termination of employment. It noted that the implied term can only be rebutted if the contract clearly provides for some other period of notice. It concluded that a fixed-term contract rebuts the implied term of reasonable notice by expressly stating the date that the agreement will end.

The Court of Appeal also confirmed that there is no duty to mitigate where the contract of employment specifies the penalty for early termination. The penalty for early termination of a fixed-term agreement is presumptively payment through the unexpired term of the contract or such smaller amount as the parties may agree to, subject to employment standards laws. Mr. Howard, therefore, had no duty to mitigate his damages.

Benson Group confirms established law, and is a helpful reminder to employers of the potential risks of fixed-term employment agreements. Employers can reduce such risks by: 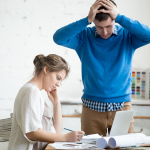 WHAT IS NOT WORKPLACE HARASSMENT