Employers are often taken aback by the contents of Statements of Claim alleging wrongful dismissal, which typically contain a laundry list of demands for various amounts of money based on different allegations. Depending on the events leading up to and surrounding the dismissal (which may or may not be accurately recounted in the Statement of Claim), some of the amounts claimed for can be reasonably expected, while others may seem to come out of the blue. Depending upon the seriousness of the allegations and the employer’s success in refuting those allegations, however, former employees’ allegations under various heads (or types) of damages can result in significantly greater monetary damages than merely damages for failure to provide reasonable notice of termination.

The Ontario Court of Appeal’s recent decision in Strudwick v. Applied Consumer & Clinical Evaluations Inc. (“Strudwick”) provides a useful clarification to all litigants, but especially those concerned with employment law matters, on the nature of various heads of damages and the general rule that “You don’t get what you don’t ask for.”

Ms. Strudwick sued her former employer in the Superior Court of Justice (the “Superior Court”) for aggregate damages of approximately $240,000 for pay in lieu of notice, violations of the Human Rights Code, the intentional infliction of mental distress, the cost of fringe benefits, aggravated damages, and punitive damages to punish the employer for its conduct. Interestingly, the employer failed to defend the lawsuit and was noted in default, resulting in the Superior Court presuming the facts as alleged by the Plaintiff to be true for the purposes of assessing the damages owed to her. A motion on that point was heard in the Superior Court and resulted in a damages award of nearly $114,000 plus costs of $40,000.

However, the Court of Appeal was not unsympathetic to her cause, and found a novel way to award Ms. Strudwick the full amount she originally claimed for, but not in a manner that corresponded precisely to what she originally claimed.  The Court of Appeal also took the opportunity to review the law as it related to each of her claims. Notably, in response to Ms. Strudwick’s request to be awarded an extended common law notice period because of the employer’s conduct (she requested damages equal to pay and benefits to age 65 on appeal), the Court of Appeal reiterated that common law damages for wrongful dismissal are intended to give employees what they reasonably need to support themselves until they find a new job, and not to compensate them until retirement. The Court of Appeal also considered that the Superior Court improperly assessed the employer’s human rights liabilities, and that it should have considered the poisoned work environment created by the disability-based abuse and the effects it had on the plaintiff. It increased the amount of aggravated damages awarded while somewhat decreasing the original amount of common law notice, and increased the amount of punitive damages. All told, the Court of Appeal awarded Ms. Strudwick approximately $246,000.

This is a cautionary tale for employers. Employers, which are often the defendants in these types of cases, must ensure that they respond appropriately to litigation when it arises, including by actively defending themselves in litigation. Had the employer in Strudwick not been noted in default, it may have been able to prove that certain of the allegations against it were exaggerated or untrue. Instead, the damning allegations of discrimination and harassment by the employer were presumed by the courts to be true, and resulted in both the significant monetary damages award by the Court of Appeal and the reputational damage caused by that presumption and the subsequent reporting on the decision. In any event, however, to most effectively avoid finding themselves in the same position as the employer in Strudwick, employers should take care to abide by their human rights obligations and to avoid acting in a manner that may be negatively construed by the courts when carrying out any employment-related matter. This includes dealing with employees in good faith, not subjecting them to workplace harassment, and accommodating their disabilities. 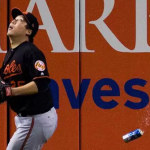