On June 26, 2012, the Ontario Court of Appeal ruled that 2 major lawsuits against CIBC and Scotiabank, alleging that employees were denied hundreds of millions of dollars worth of overtime pay, may proceed as class actions.

In June 2007, Dara Fresco, a CIBC head teller, filed a lawsuit against CIBC alleging that her paid working hours did not take into account the numerous time-consuming tasks she had to complete outside her typical working hours.  The lawsuit was denied class action certification in 2009 after a judge ruled that there was no proof of a “systemic policy or practice of unpaid overtime” at CIBC.

Fresco’s highly publicized case motivated a Scotiabank personal banker, Cindy Fulawka, to launch a similar lawsuit in December 2007 on behalf of 10,000 Scotiabank employees.  It was certified as a class action in 2010, which led to confusion over the contradictory denial of certification in Fresco’s case.  The recent ruling overturned the denied certification in Fresco’s case.

A third lawsuit against Canadian National Railway Co., in which it was alleged that some of the company’s employees were misclassified as managers to avoid paying them overtime, has been denied class action certification.  The appeal court ruled that this particular lawsuit failed to show enough common issues between members of the lawsuit to proceed as a class-action, and that the managerial exclusion requires a case-by-case analysis with individual plaintiffs.

The courts’ decisions in these 3 cases have provided clearer guidelines for class action lawsuits against Canadian employers for unpaid overtime.

The ruling reinforces that employers should thoroughly review their overtime practices and policies to ensure compliance with the law.

Many employers mistakenly believe that certain employees fall under specific exemptions to overtime pay.  However, employees have recourse when they work excessive hours without proper overtime pay, and it could be quite costly for employers to retroactively compensate employees for unpaid overtime. How Not to Get Sued By Employees 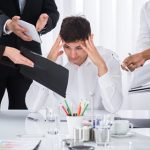