In the Ontario Court of Appeal’s recent decision in Mady Development Corp. v. Rossetto, Mr. Rossetto, an executive of Mady Development who diverted labour, materials and company funds to renovate his house, was allowed by the Court to keep his buxom bonus. When the company originally learned of Mr. Rosetto’s misconduct, he was fired and sued for conversion, breach of contract, unjust enrichment and breach of fiduciary duty. He was ordered to pay the company damages in the amount of $546,000. Mr. Rosetto counterclaimed against the Company for his bonuses from the two previous years.

In the first instance, an arbitrator determined that Mr. Rosetto’s bonus entitlement was an integral part of his employment contract, and thus awarded him $365,000. Mady appealed the decision and was successful, as the judge reversed the arbitrator’s ruling and established that a fiduciary is not entitled to compensation during the same period of their wrongdoing. The judge further decided that the bonus was actually property or a business advantage belonging to the company.

The Ontario Court of Appeal restored the arbitrator’s initial award, noting that the lower court judge failed to consider all of the facts in evaluating the appropriate equitable remedy, which is always a matter of discretion. Interestingly, the Court noted that the rules around seeking damages based on fiduciary misconduct do not bar compensation during the period of wrongdoing, and a badly-behaving fiduciary’s bonus entitlement must be based on a fact specific analysis. The Court focussed on the fact that Mr. Rosetto had already paid for his wrongdoing as a fiduciary because he lost his job and paid damages to the company. The Court further noted that the company had benefitted from Mr. Rosetto’s labour and therefore his “traditional performance bonuses” should be paid, as these bonuses were an integral part of his compensation.

This decision reaffirms the principle that equitable relief is always discretionary. However, employers should note that carefully worded employment agreements and bonus incentive plans can successfully limit employee bonus entitlement where employees have seriously misconducted themselves. This is particularly the case where the employee’s misconduct has caused an organization financial losses and where the bonus entitlement is cast as more discretionary than performance driven. 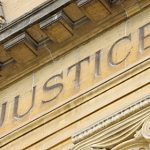