Earlier this year, the Court of Appeal upheld a ruling that there is no longer a “cap” of 12 months’ notice for clerical and unskilled employees, a proposition which was previously established (in 1995) by the Court of Appeal in Cronk v. Canadian General Insurance Co. (“Cronk”).

Since 1960, the traditional Bardal factors, which the courts have used to assess “reasonable notice” include:  age, length of service, position, responsibility of that position, salary, economic climate and availability of similar employment.   Responsibility of position, or rather “character of employment”, has typically been used to justify shorter notice periods for lower-level clerical employees.  In fact, in Cronk, the Court of Appeal established a hard limit of 12 months on the notice to which clerical and unskilled labourers were entitled.

Interestingly, the Court of Appeal seems to have now changed its mind.

In this recent decision, Mr. Di Tomaso worked at Crown Metal Packaging Canada LLP (“Crown Metal”) as a mechanic and press maintainer for a period of 33 years.  He was 62 years old at the time of his termination.  Upon termination, Mr. Di Tomaso was provided with 26 weeks of severance, his minimum statutory entitlement pursuant to the Employment Standards Act, 2000 (the “ESA”).   He sued Crown Metal and sought damages for wrongful dismissal equivalent to 24 months’ pay.  Crown Metal argued that inappropriate weight has been given to Mr. Di Tomaso’ age and length of service, yet insufficient weight to the character of his employment (as he was not a manager, but rather an unskilled labourer).  Crown Metal’s position was that there was a hard limit of 12 months’ notice.  However, the judge found that Mr. Di Tomaso was entitled to 22 months of notice.

The Court of Appeal determined that Crown Metal was emphasizing the importance of the nature of Mr. Di Tomaso’s employment above the other Bardal factors in order to justify providing him with a shorter reasonable notice period.  However, the Supreme Court of Canada has previously stated that “no one Bardal factor should be given disproportionate weight”.  The Court of Appeal flatly rejected Crown Metal’s argument that low level unskilled employees deserve less notice because they have an easier time finding alternative employment and stated the “empirical validity of that proposition cannot simply be taken for granted, particularly in today’s world”.

The significance of this decision is far-reaching in that it may signal the courts’ departure from the traditional Bardal factors.  Moreover, it may mean a heftier price tag for employers terminating lower-level employees, which is yet another reason why employers should attempt to limit liability with properly drafted employment agreements. 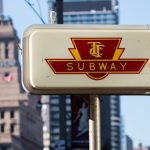