The Divisional Court recently affirmed a decision of the Ontario Superior Court that employers are not liable for defamation for a negative reference if the negative comments made about the employee are true.

Under Canadian law, something is defamatory if it:

Damage to reputation does not have to occur—it only has to be possible. A potentially defamatory statement is considered to have been published if it is communicated in some way to a third party.

A defendant who has made a defamatory statement has several defences available. The most frequently used defences to defamation claims in the employment context are the defences of truth and qualified privilege. The defence of truth may be made out if the statements made were true. The defence of qualified privilege may be made out where the defamation occurred in the performance of a legal or moral duty and the defamatory statements were without malice.

At trial, the employer successfully argued the defences of truth and qualified privilege. The employer’s negative comments about Mr. Papp were true, and either based on the direct knowledge of the person providing the reference, or on verified accounts from others. The Court also found that an employment reference check is a situation protected by qualified privilege. In this case, the Court found on a balance of probabilities that the statements had not been made maliciously. Ultimately, the employer was cleared of liability.

The employee appealed to the Divisional Court on the following five grounds:

The Divisional Court rejected the appeal on all grounds except the cost award, with respect to which the Divisional Court held that the trial judge applied the wrong provision of the Rules of Civil Procedure (the “Rules”) and therefore remitted the issue of costs back to the trial judge to assess in line with the applicable provision in the Rules.

What Does This Mean for Employers?

This Divisional Court decision confirms the earlier guidance of the Superior Court that negative references may be given without liability, but only where they are justifiable on the basis of defences to defamation such as truth and qualified privilege.

Whatever reference is given for an employee, it must be truthful. Negative comments, especially, should be verified whenever they are based on another person’s comments, rather than on the personal experience of the individual giving the reference. Ideally, negative comments should be supported by documented examples. Employers should be aware that if they do not feel comfortable providing references, they may decline to do so, or they may choose to limit their comments only to basic information about the employment relationship, such as dates of service and responsibilities of the position.

To minimize the risk of defamation-related liability for negative references, employers should consider creating a policy about how to properly give references. Possible considerations include:

By establishing a strategic approach to providing references, employers can avoid, or at least minimize, liability, as it is easier to ensure that those employees who are permitted to give references are properly trained on how and when to give references, on what statements may be beyond the scope of what is reasonably necessary for determining employment eligibility, and on what may lead to liability for the employer. 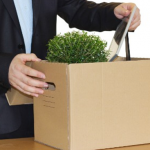 Once more on the enforceability of termination clauses