In Ghanny v. 498326 Ontario Limited, the court confirmed that an employee’s duty to mitigate may include taking a job that is offered by the dismissing employer.

Mr. Ghanny was told by his employer, Downtown Toyota, that his employment as a Service Manager would terminate at the end of the month due to the company’s reorganization.  However, Mr. Ghanny was offered a position as a Parts and Service Manager with an identical compensation package at Downtown Suzuki – a recently acquired and related dealership located just a few blocks away from the Downtown Toyota dealership where Mr. Ghanny had been working.

Mr. Ghanny rejected his employer’s replacement job offer, as he thought his 18 years of service would not be recognized and he was concerned that the future of the new dealership was uncertain.  Mr. Ghanny commenced an action for wrongful dismissal a month after his termination.

The trial judge dismissed Mr. Ghanny’s claim, noting that he should have mitigated his loss by taking the new position offered to him.  There were no significant differences between the two positions nor was there any indication that the working conditions at the new dealership were demeaning or that Mr. Ghanny’s relationship with the owner or other employees had become difficult or acrimonious.  Further, Mr. Ghanny’s concerns regarding the future of the new dealership were found to be baseless.

Had Mr. Ghanny accepted the position offered to him, he would not have suffered any losses flowing from his dismissal and he would have been able to satisfy his duty to mitigate if he had worked at the new dealership while looking for new employment.

This is a favourable decision for employers as it establishes clearer guidelines on an employee’s obligation to mitigate damages.  This could mean that, in the right circumstances, employers may have the ability to lower costly severance obligations by strategically offering “replacement jobs” for dismissed employees. However, if such a strategy is being considered, it should be done so with legal assistance in order to avoid mis-stepping outside of the legal boundaries established by the court. 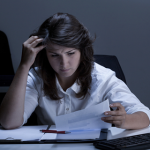