A new lawsuit could bring Workplace Safety and Insurance Board (“WSIB”) benefits to hundreds of Ontario workers suffering from chronic work-related mental stress. The claim, which was made by an Ottawa area woman, Margery Wardle, seeks to secure benefits for workers who suffer from mental stress which has developed over time as a result of workplace conditions. These benefits are already available to workers who develop mental stress as a result of an acute or sudden incident at work, such as by witnessing a traumatic injury.

As it stands, the law is set to change on January 1, 2018 to allow chronic mental stress as a ground for making a WSIB claim so long as the stress is not the result of a normal change in the workplace such as a lay off or some form of discipline. The changes will entitle workers who have developed chronic mental stress as a result of ongoing workplace conditions to the same benefits as those who have suffered sudden-onset mental stress. However, this will not help those who made their claims before January 1, 2018, and therefore are not entitled to the corresponding WSIB benefits. You can read about the impending changes in more detail in our recent blog post.

The lawsuit alleges that it is unconstitutional to deny these individuals the same benefits afforded to workers who suffer physical injuries or acute mental stress. The Workplace Safety and Insurance Appeals Tribunal (the “WSIAT”) has already ruled that denial of benefits to workers suffering chronic mental stress is unconstitutional in Decision 2157/09 in 2014. The finding in that case led to the subsequent changes to the law but did not mean that those who were previously denied chronic mental stress benefits would retroactively receive those entitlements. If successful in the new case, the lawyers are asking the court to reconsider past claims and decide whether those who had been denied previously should be entitled to retroactive benefits.

Ms. Wardle’s claim pertains to sexual harassment she suffered while working for the City of Ottawa as a heavy machines operator. Ms. Wardle allegedly found sexualized photos posted at her workplace, was spat at, was the victim of a swarming incident at work, was bear-hugged from behind by a male co-worker who would not let go and, further, suffered isolation as a result of complaining about her treatment. Ms. Wardle filed a claim with the WSIB in 2005 but her claim was denied because the WSIB at that time limited benefits for mental stress to traumatic sudden-onset mental stress. The WSIB Appeals Resolution Officer, who was the last to rule on the matter, stated that, “[a]lthough the worker may have been subject to sexual and other types of harassment in the workplace, I am unable to conclude that her psychological condition resulted from a sudden and unexpected traumatic event.” Ms. Wardle has sought a review of the decision by the WSIAT but her appeal has not yet been heard.

Historically, the WSIB has dealt primarily with physical injuries and some believe a different approach is required to tackle psychological issues like mental stress. The lawsuit would like to see mental illnesses treated the same as physical ones and allow workers to make claims for chronic mental stress in the same way they can make claims related to physical occupational diseases which develop over time in response to workplace conditions.

While the revisions to the WSIB regime coming January 1, 2018 will likely mean an increase in prospective claims for ongoing mental stress in the workplace, this lawsuit, if successful, could result in old claims resurfacing and impacting employers’ WSIB premiums. While most employers wish to ensure the mental health and wellbeing of their employees, there is some concern that, absent rigorous guidelines, lowering the threshold for entitlement to mental stress insurance may open the floodgates to many of these types of claims, potentially the ongoing viability of the WSIB. The WSIB is funded by employers’ premium payments and already faces an unfunded liability (the gap between the WSIB’s future obligations to injured workers and the money available to pay for those claims) of over $5 billion. This does not account for the increase in WSIB benefits that will need to be paid out for chronic mental stress beginning in 2018. It remains to be seen whether Ms. Wardle will succeed in her claim, and if so, whether the court will agree to retrospectively award past claims for mental stress to all claimants from previous years. 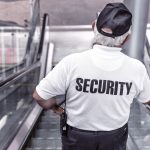 Still time for employers to weigh in on Bill 148 changes