In a September 14 op-ed in the Financial Post, Ontario’s new Minister of Labour, Laurie Scott, reaffirmed that the Progressive Conservative government would not be implementing the planned increase of Ontario’s minimum wage to $15 per hour on January 1, 2019. Scott’s statement received a warm response from the Ontario Chamber of Commerce in its own corresponding news release.

The previous government raised Ontario’s minimum wage from $11.40 per hour to $14 per hour in January 2018 with a further increase to $15 per hour scheduled for January 2019. The current government campaigned, among other things, on a promise to repeal the second stage of the wage increase, which they said would hurt businesses and the economy. While the government has yet to release any official statements related to freezing the minimum wage at $14, the recent opinion piece indicates that the new Conservative government is likely to follow through with that promise.

At this time, we expect all other changes introduced by Bill 148 to remain in force because the government has not announced that it intends to roll back or repeal any of the other changes. However, this may change as groups such as the Ontario Chamber of Commerce continue to lobby the Ontario government to repeal Bill 148 in its entirety.

We will continue to monitor the situation and employers should stay tuned for ongoing developments as the labour and employment landscape may continue to shift. When Separate is Not Equal: Ontario Human Rights Tribunal Finds Tennis League Discriminatory Based on Sex 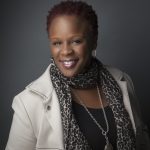 Unpaid suspensions: clarification on the law