A recent decision of the Divisional Court upheld an Ontario Labour Relations Board decision confirming that employers are obligated to report the critical injury or fatality of guests at workplaces to the Ministry of Labour.

On December 24, 2007, a guest of Blue Mountain Resorts drowned in an unsupervised swimming pool. Upon learning of the death, a Ministry of Labour Health and Safety Inspector ordered that Blue Mountain report the incident to the Ministry of Labour as per the requirements of s. 51 (1) of the Occupational Health and Safety Act (“OHSA”) which obligates employers to inform the Ministry regarding any incidents where a person is killed or critically injured. Blue Mountain appealed this order to the Ontario Labour Board, arguing that because the drowned individual was not a worker, the provision did not apply. The Board rejected the employer’s argument and held that Blue Mountain had an obligation to report the occurrence. In doing so, the Board relied on the purpose of the legislation which is to alert the Ministry of Labour to potential hazards in the workplace that could affect workers.  Blue Mountain appealed this decision to the Divisional Court.

At appeal, the Divisional Court affirmed the Board’s decision. According to the Court, any critical injury or death occurring is reportable so long as it occurs at a workplace on the basis that conditions or hazards causing harm to guests also have the potential to harm workers. Since the swimming pool was an area where employees worked it constituted part of the workplace contemplated by the OHSA. However, the Court held that what constitutes a “workplace” will be dependent on the facts of each case and the Labour Boards initial ruling that the entire resort qualified as a workplace was rejected as an overly broad definition.

This decision is important for employers in that it triggers new reporting obligations set out in the OHSA. Where a guest is injured by a workplace hazard and that hazard could harm workers the employer has an obligation to report that incident to the Ministry of Labour under s.51 (1). However, as noted in the Blue Mountain decision, the definition of “workplace” will be specific to the facts of the individual case and so there remains some degree of uncertainty as to under what circumstances an incident may still fall outside the scope of the employers reporting obligation. 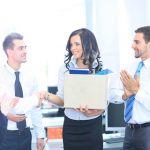 DO YOU KNOW WHO WORKS FOR YOU: MAINTAINING THE INDEPENDENT CONTRACTOR WORKING RELATIONSHIP