While gender identity and expression are not defined by the Code, the Policy provides the following definitions based on tribunal and court decisions:

The Policy is sensitive to trans people and other gender non-conforming individuals being judged by their appearance for not conforming to stereotypical norms.  As such, discrimination can take many forms such as excluding trans people or non-gender conforming individuals from opportunities in employment available to others, or making comments that a workplace only wants employees who look like a “normal” man or woman.

Employers are reminded that they have an obligation to maintain an environment free of discrimination and harassment because of gender identity or gender expression, and to take steps to eliminate this behaviour, even if there is no objection or there is widespread participation in such behaviour.  The Policy leaves the employer with several steps to ensure compliance with the Code:

While the Policy is not law, it is an indication as to how the HRTO would approach complaints of gender discrimination in the future.  Additionally, this Policy is a tool for employers to implement pro-active practices and procedures to prevent discrimination or harassment based on gender identity and expression. CANADIANS PROVE HOW MUCH THEY HATE SPAM! 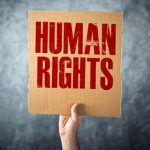