Ms. Sharon Fair started her employment with the Hamilton-Wentworth District School Board (the “School Board”) in 1988. She came to occupy the position of Supervisor, Regulated Substances, Asbestos, but found it incredibly stressful. In 2001, Ms. Fair developed an anxiety disorder and was hospitalized for nearly a month due to job-related stress, as she feared causing an asbestos-related ailment to other people, thus attracting personal liability. In October of that year, she was approved for a medical leave.

Starting in April 2003, Ms. Fair indicated that she wanted to return to work. At that time the employer refused to let her return to the workplace because it did not have enough information about her limitations and restrictions. Some months later, she began a work hardening program but still required an accommodation to not be placed in a position that could attract personal liability. She was not successfully placed into a new full-time position. The School Board eventually terminated Ms. Fair’s employment on July 8, 2004.

Ms. Fair filed a human rights complaint and a decision was made in 2012. The Human Rights Tribunal of Ontario (the “Tribunal”) found that the School Board discriminated against Ms. Fair on the basis of disability by failing to accommodate her starting in April 2003. The School Board argued that it would be inappropriate to order reinstatement due to the passage of so much time between the hearing and the initial complaint, but the Tribunal nonetheless ordered the School Board to reinstate Ms. Fair into a role in which she would not be exposed to personal liability for health and safety purposes as she was in her first role.

The School Board sought judicial review, but the Divisional Court dismissed its application. The Divisional Court found that it was within the Tribunal’s discretion to order reinstatement and found its decision on the matter to be “intelligible, transparent, and with justification.”

The Court of Appeal

The Court of Appeal considered the employer’s inability to show that it accommodated Ms. Fair to the point of undue hardship and whether reinstatement was a reasonable remedy in the circumstances.

Regarding the School Board’s failure to accommodate Ms. Fair to the point of undue hardship, the Court of Appeal found that the School Board interpreted Ms. Fair’s medical restriction to not be placed in a new position with the same liability as her old one too narrowly, and that there were two positions she could have been, but was not, placed into. It determined that the School Board’s reasons for not placing Ms. Fair – that it under financial constraints and would have to create a new position or displace a current worker – were not supported by the facts and the law, respectively.

On the topic of reinstatement, the School Board argued that such a remedy was unreasonable and unprecedented in the circumstances. However, the Court of Appeal confirmed the broad remedial jurisdiction afforded to the Tribunal under the Ontario Human Rights Code to order a party to do anything the Tribunal thinks it should in order to promote compliance with the Act. The Court of Appeal also clarified that the passage of time is not, in and of itself, determinative of whether reinstatement is an appropriate remedy. It also held that it was appropriate to allow the School Board to determine the position Ms. Fair would be placed into. The Court of Appeal reasoned that the School Board was in the best position to determine its operational capabilities and the adjustments necessary to accommodate Ms. Fair going forward.

This case demonstrates that courts will not readily interfere with the broad remedial discretion afforded to human rights adjudicators under the Ontario Human Rights Code, even given the extreme passage of time. Although reinstatement is a drastic remedy that will not often be ordered, it was a reasonable order for the Tribunal to make in the circumstances, despite that nearly a decade had passed between the termination and the Tribunal’s decision (and more than a decade had passed by the time of the Court of Appeal’s decision). 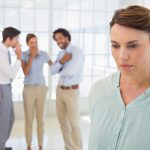 A CAUTIONARY TALE ON EMPLOYER LIABILITY 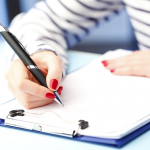