Last month, the Supreme Court of Canada granted leave to appeal a judgment of the Federal Court of Appeal that overturned a determination of the Public Service Labour Relations and Employment Board (the “PSLREB”) that not compensating employees for on-call hours violated section 7 of the Canadian Charter of Rights and Freedoms (the “Charter”).

The decision arose out of a policy grievance filed by the Association of Justice Counsel (the “Association”), the bargaining agent for Department of Justice lawyers, against the federal Treasury Board (the “Employer”) after the Employer changed its method of compensating Department of Justice Lawyers in the Immigration Law Directorate of the Quebec Regional Office for the hours they spent on standby duty.

The Employer had a long-standing practice of requiring the lawyers it employed to be available for standby duty in order to respond to, or file, stay applications before the Federal Court outside of normal business hours, on evenings and weekends. The Employer was required to provide such services about 120 times a year. The Employer required lawyers on standby to be available via pager or cell phone, to be able to appear at the office within an hour’s notice, and to be capable of providing services as required, including appearing in Federal Court.

Prior to 2010, the Employer compensated all hours spent on standby duty with additional days of leave. Under that scheme, its lawyers typically volunteered for standby assignments. However, a new collective agreement was implemented that did not expressly contemplate compensating the lawyers for all the time they spent on standby duty. In response, the Employer amended its policies such that it would only compensate the lawyers for those standby hours they actually spent working. After the change, the Employer found it difficult to find volunteers for the standby duty. In response, it enacted a new policy under the Management Rights clause of the collective agreement whereby each lawyer was to be on call for an average of two or three weeks per year. The new policy allowed the lawyers to rearrange their standby duty schedules with each other.

The Employer’s decision prompted the Association to file a policy grievance. Both parties put forward an Agreed Statements of Facts which included examples of how four lawyers were each impacted by the standby policy. The examples indicated that individuals who were on standby duty could encounter difficulties picking their children up from school, attending the opera or hockey games, training for races and pursuing other personal endeavours as they could not venture further than an hour away from their offices and had to be able to work at all times. The Association argued that such restrictions intruded on the lawyers’ personal, social, cultural, and family activities outside of work. To the Association, those restrictions were an unreasonable exercise of the employer’s discretion and amounted to a breach of section 7 of the Charter, which provides that “everyone has the right to life, liberty, and security of the person and the right not to be deprived thereof except in accordance with the principles of fundamental justice.”

The PSLREB analyzed the grievance in two parts. It first considered whether the standby duty directive was a reasonable exercise of the Employer’s discretion under the Management Rights clause of the collective agreement in light of its effect on the lawyers’ personal lives and the Employer’s business objectives. The PSLREB found that the Employer created the issue for itself by making its employees’ professional services available outside of normal working hours and that it failed to establish that the standby directive was the only way it could respond to its clients’ emergency requests. Given all workers’ expected freedom to act and ability to conduct themselves as they see fit outside of the workplace and outside of normal working hours, the directive was found to be unreasonable.

Because the collective agreement contained a provision that it could not be used to restrict any of the lawyers’ constitutional rights, the PSLREB then considered the Association’s argument that the standby duty directive, issued under the Management Rights clause, violated section 7 of the Charter. In so doing, the PSLREB found it appropriate to draw from jurisprudence emanating from Quebec’s Charter of Human Rights and Freedoms. The PSLREB noted that “the conditions imposed on counsel directly affect their abilities and capacities… [to make choices that] represent essentially private decisions that border on the very nature of an individual’s personal autonomy.” The PSLREB determined that “the right to liberty set out in section 7 of the Canadian Charter includes the right to enjoy a private life outside the workplace and outside normal work hours.” It therefore found that the Employer’s breach of the lawyers’ right to liberty was grossly disproportionate to its operational objectives and could not be justified in accordance with the principles of fundamental justice.

The Federal Court of Appeal

The Employer brought an application for the judicial review of the PSLREB’s decision to the Federal Court of Appeal (the “FCA”), which unanimously reversed the decision of the PSLREB. The FCA found that the PSLREB took several unreasonable views in its assessment of the Employer’s exercise of its management rights. First, the PSLREB mischaracterized the problems faced by the Employer in responding to unexpected stay applications over which it had little control. If the Employer did not offer its employees’ professional services on an urgent basis, its governmental department clients would be deprived of legal representation in matters before the Federal Court. The PSLREB also failed to consider that each counsel would only be on standby duty for two or three weeks out of the year. Finally, the FCA found that the adjudicator placed too great a burden on the Employer. The Employer was not responsible for showing that there was no other way to respond to unexpected stay applications, or that the standby duty directive was the best way to do so. Rather, pursuant to the applicable legislation and the Management Rights clause in the collective agreement, the Employer only needed to show that it acted reasonably, fairly, and in good faith.

The FCA also disagreed with the PSLREB’s finding that the standby duty directive violated section 7 of the Charter. It noted that most “courts have had no difficulty to decide that the choice of a lifestyle… or the consumption of a product… [and that] rights that are essentially economic in nature… cannot be compared to issues that involve” choices that go to the core of enjoying “individual dignity and independence.” The FCA found that the PSLREB improperly expanded the scope of section 7 of the Charter and, by doing so, trivialized the serious rights it aims to protect. The PSLREB also took an improper approach to assessing whether the standby duty directive’s purported breach of the lawyers’ right to liberty could be justified by the principles of fundamental justice. The PSLREB viewed the standby duty directive as a breach that carried on throughout the entire working year, when the lawyers were actually only on standby duty for a maximum of three weeks per year, and the few emergencies that arose during those limited periods typically occurred on weeknights. The FCA found that the PSLREB also failed to consider that the directive was designed to be minimally invasive, and that lawyers could arrange to fill in with one another.

The FCA was not receptive to the Association’s argument, and the PSLREB’s finding, that an individual’s private life, and activities such as hockey games and attendance at the opera, could be protected by the right to life, liberty, and security of the person as protected under section 7 of the Charter. In our view, the FCA was correct in deciding the issue as the actual impact on the lawyers’ lives was minimal and pales in comparison to the rights that section 7 typically protects. However, the Supreme Court’s decision to grant leave to appeal should give pause to employers that require employees to be available for unpaid standby time as it is possible the Supreme Court may take an expansionist view of the rights guaranteed by section 7.

Although the Charter only applies to certain organizations, the law in general is developed in line with Charter values. Accordingly, the Supreme Court’s decision may impact the outcome of legal disputes concerning employers’ work rules or policies that have the effect of constraining workers’ conduct when they are away from the workplace outside of normal working hours. As the Treasury Board appeared to do in the circumstances of this case, all employers should consider enacting policies that limit their employees’ off-duty conduct only where necessary and as little as possible. We look forward to updating you on the Supreme Court’s decision when it is released. 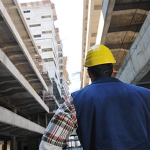