The late Steve Jobs was the modern day example of the iconic CEO. He was often regarded as the genius that fueled the engines of innovation at Apple, a company that is arguably the most successful of the modern era, with a market capitalization of almost half a trillion dollars. It is open for debate – and is certainly debated – just how much credit the man in the black turtle-neck deserves for the meteoric rise of Apple witnessed over the last decade. It is also hotly contested as to just what kind of impact, if any, his absence will have on the Company. At the heart of both of these debates is the question of just how important a CEO is to a company. The notion of the super-star CEO has certainly become increasingly prevalent in the business world and raises some interesting questions: Just how much do CEOs really matter when it comes to corporate performance? Who makes a good CEO? And are the trending compensation increases for CEOs justified?

Regardless of where you stand on how much a company’s fortune is determined by its executive leadership, what is obvious is that you want the right person for the job. Research out of the Massachusetts Institute of Technology has demonstrated that the difference in the performance of a given job between individuals grows exponentially the more complex the job is. While a star worker on an assembly line may be up to 40% more productive than a typical worker, a talented computer programmer has a performance advantage of more than 1000% over her typical programming peers. Given the complexity of a CEO’s responsibilities, it is therefore easy to understand that executives will have a large spread when it comes to performance. So how does a company get the right person in place?

As it turns out, the best CEOs are usually homegrown both on a performance and value scale. An international study conducted by Global Management Consulting Company AT Kearny examined the performance of the S&P 500 non-financial companies over a period of 20 years, and found that CEOs promoted within the company outperformed others across a number of measurable metrics. What’s more is that external candidates tend to be significantly more costly to the companies that recruit them, with compensation being 65% higher on average than those promoted from within. While there are many legitimate reasons to seek external candidates, for example, the oft-cited cultural overhaul, contrary to what many might believe, executive talent is not fully transferable between companies. The reason for this not surprising: performance is improved to a significant degree by an individual’s vast accumulation of company-specific knowledge gained through years of experience. What about compensation? Does a slightly sweeter deal result in a healthier bottom line?

Well, no, not exactly. In fact, available data indicates that the impact of compensation systems for CEOs in achieving higher performance appears to be limited at best. It turns out that for CEOs, external incentives ride shotgun to internal ones. To put it simply, no amount of money will turn the wrong candidate into the right one. Nonetheless, evidence on the limited impact of compensation on performance hasn’t cooled the markets on executive compensation. According to figures generated by the Canadian Centre for Policy Alternatives, the 100 highest paid chief executives from companies listed on the S&P/TSX composite index made an average of $8.38 million in 2010, a figure that is over 188 times higher than that of the average full-time working Canadian who earned just over $44,000 in that same year. To put this into (slightly painful) perspective, a top Canadian CEO will earn the average Canadian’s annual income in just four hours.

The disparity is such that there have been some who support the implementation of a maximum ratio when comparing a CEO’s salary to that of the lowest earner or the median salary within the Company to effectively cap CEO salaries. The rationale is straightforward; in Canada, all provincial governments have set wage-floors because the markets can’t be relied upon to acceptably regulate wages at the low end of the spectrum and yet, on the high end, there is no ceiling, relative or otherwise. Meanwhile, the chasm widens: while the top 100 Canadian CEOs received a 27% pay increase in 2010, the average Canadian saw an increase of only 1.1%. According to an article published in the Harvard Business Review by Charles Elson and Craig Ferrere, the primary causal factor driving the compensation gap is a compensation setting process that is too heavily reliant on peer comparisons rather than prudent discretion as to what is merited.

In summary, prevailing practices seem to be paying no heed to the insight generated by the voluminous research in the area. Who you pay is more important than how much and finding a quality candidate internally who possess company specific knowledge can be a valuable asset. As for the exorbitant salaries, they have no real bearing on CEO or corporate performance. 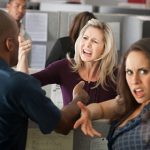 THE QUIET COST OF MENTAL ILLNESS IN THE WORKPLACE