While the duty to mitigate can be help reduce an employer’s liability when it comes to common damages for reasonable notice, the Ontario Court of Appeal in Farwell v. Citair 2014 ONCA 177 reminds employers that certain steps must be taken before arguing that a dismissed employee has failed to mitigate in rejecting a legitimate offer of re-employment.

A reorganization of the Employer’s operations resulted in the transfer of a Vice-President of Operations to the position of Purchasing Manager. Both levels of court agreed that this transfer constituted constructive dismissal as the new position was a demotion, and a significant loss in status and prestige. The notice period award of 24 months for the 58-year old dismissed Employee with 38 years of service was upheld.

Most interesting was the Court’s commentary on the Employer’s offer of a mitigation opportunity.

The Employer argued that the dismissed Employee failed to mitigate his damages as he was obligated to accept the position of Purchasing Manager during the period of working notice. The Court agreed with the Employer to the extent that the law in Evans v Teamsters Local Union No 31, 2008 SCC 20 still applied. An employee’s obligation to mitigate by remaining with his or her employer for the period of working notice is determined by whether a reasonable person would accept such an opportunity. In assessing this opportunity, a court will examining the work atmosphere, stigma and loss of dignity for the employee if he or she were to continue employment in order to mitigate. The Court eventually agreed with the lower court’s decision that the Employee was not obliged to continue working as a Purchasing Manager as accepting this demotion would have been humiliating and embarrassing.

The Court, however, did not stop there in rejecting the Employer’s mitigation argument. Justice Lauwers noted that the duty to accept a position with the same employer was only triggered when there has been a clear offer to work during the notice period after the constructive dismissal. Here, the Court noted that the Employer did not extend the offer for the job of Purchasing Manager after the employee initially rejected the position and declared that he was treating the demotion as constructive dismissal. As a result, the employee did not fail in his duty to mitigate.

Lessons for the Employer WHEN ENOUGH IS ENOUGH: FRUSTRATION AND ACCOMMODATION UNDER THE ONTARIO HUMAN RIGHTS CODE 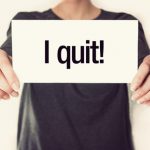