Following a recent fatal bus accident, the Toronto Transit Commission (“TTC”) has approved random drug and alcohol testing for select employees that if implemented would make the TTC the first transit agency in the country (not operating across the United States border) to carry out routine drug testing.

In August of 2011, a TTC bus was involved in a collision that resulted in the death of one passenger and another thirteen sustaining injuries. The driver, while not impaired at the time, was found to have been in possession of a small amount of marijuana although it he did not actually have it on his person at the time of the accident. The driver was subsequently charged with criminal negligence causing death and possession of illegal drugs.

In an effort to minimize the occurrence of impairment related incidents and to ensure public safety, the TTC plans to implement random and routine saliva swabs and breathalyzer tests within the next two years for employees who work in ‘safety sensitive’ positions.

As many employers are aware, alcohol and/or drug testing of any kind must be approached with a high degree of caution. In the view of the Ontario Human Rights Commission, drug and alcohol testing is discriminatory and will only be permitted where valid reasons exist to justify the need for testing. Not surprisingly, random alcohol and especially random drug testing is highly controversial.

Generally, random alcohol testing of employees who occupy safety sensitive positions has been held to be permissible. The reason is that the breathalyzer testing method is able to measure present impairment and so it can be used to determine whether an employee is able to safely perform their job at the time of testing. This enables employers to successfully argue that it is a bona fide occupational requirement for safety sensitive positions.

The Toronto Transit Commission says that it will implement a “saliva swab test” which will be able to detect if someone has used or been exposed to marijuana, cocaine, opiates or amphetamines. The TTC is relying on the saliva swab method because it is relatively non-invasive and they argue it can satisfactorily measure present impairment. However, similar saliva swab testing has been considered by the Courts in the recent past and deemed not to render an immediate response (such that present impairment is determinable to a satisfactory degree similar to the results achievable through alcohol breathalyzer tests).  Early indications are that the union strongly objects to this policy and fully intends to challenge the TTC’s plans. 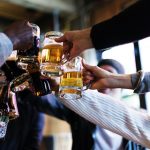 WORKPLACE HOLIDAY PARTIES: DON’T LET THE BEER TAKE AWAY FROM THE CHEER