It is often a challenge for employers to determine the point at which employment has been frustrated by disability and has come to an end. Dismissing an employee on the basis of frustration has its risks as an employer may be exposed not only to common law damages, but also human rights claims. A recent decision from the Ontario Human Rights Tribunal (the “Tribunal”) provides some direction as to when an employer can successfully take the position that an employment contract has been frustrated by disability.

In Gahagan v Campbell Inc, 2014 HRTO 14, a McDonald’s grill station operator suffered significant restrictions after injuring her back. The employer took the position that the applicant could not be accommodated in her return to work, and instead, she received WSIB benefits and re-training, and was approved for CPP disability benefits. 2.5 years after the last day of active employment, the applicant was terminated because the employer did not believe the applicant would be able to return to work, even with accommodation. The applicant filed a human rights complaint alleging discrimination on the basis of disability when the employer failed to accommodate her after being injured and then subsequently terminated her employment.

Regarding the termination of employment, the Tribunal concluded there was a frustration of contract. Medical evidence indicated the applicant could not work with or without accommodation as a result of her significant restrictions. There was no improvement in the applicant’s physical restrictions since the injury. Moreover, the applicant admitted she was unable to perform her job and had a prolonged disability in her application for LTD and CPP disability benefits.

The application was dismissed.

For employers, this is a welcome decision from the Tribunal because it suggests that an employer can terminate an employee with a permanent disability on the basis of frustration of contract without breaching the Human Rights Code. Of course, this decision is merely an example of a successful argument of frustration, and employers should be aware that a finding of frustration in the human rights context will turn on the particular facts of every case, in particular the length of absence, medical evidence and the requirements of a workplace.

While the Tribunal appeared to have forgiven the employer for failing in its procedural duty to accommodate, the procedural duty still exists. Employers should undergo a thorough search of possible accommodation in consultation with the employee, and diligently document these efforts. Taking these steps will help bolster a defence should an employer find itself justifying its decision before a Tribunal. 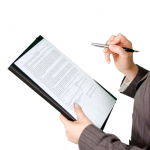 TIMING IS EVERYTHING: COMMENTS ON MITIGATION FROM THE COURT OF APPEAL