A recent ruling from the Federal Court of Canada alters the long-held view that employees working for federally-regulated employers cannot be dismissed on a without-cause basis. It’s a decision that offers a considerable ‘win’ to some employers.

In Atomic Energy of Canada Limited v. Joseph Wilson, a four-year employee had his employment terminated on a without-cause basis. The employee was provided a severance amount equal to six months’ pay, which was more than the amount required by the Canada Labour Code. Unsatisfied, the employee filed a complaint under the Code for unjust dismissal.

A labour adjudicator appointed under the Canada Labour Code concluded that the Code only permits dismissal for cause, ruling in favour of the employee. In a judicial review, the Federal Court of Canada disagreed, setting out the following regime for dismissals under the Code: An employer can dismiss an employee without cause so long as it gives notice or severance pay. If an employee believes that the terms of his or her dismissal were unjust, he or she can complain unless the dismissal resulted from a lay-off for lack of work, or discontinuation of the employee’s position. An employee can also complain if he or she believes that the reason given by the employer for the dismissal was unjustified.

According to the Federal Court, the conclusion that the Code only permits dismissal for cause fails to take into account the remedies provided by sections 230 and 235 (i.e. notice and severance) of the Code for employees dismissed without cause. The Court concluded that if Parliament’s intention was a regime where only for-cause dismissals were permitted, these sections would not have been included in the Code.

This can be considered a favourable decision for employers as it broadens their rights with respect to the dismissal of employees. However, it should be noted that even where an employee receives a severance amount in excess of what is required by the Code, they can still file a complaint under the Code if they feel the reasons for the dismissal or its terms were unfair. On guard against sexual harassment 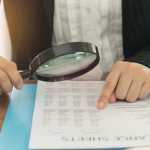