The Supreme Court of Canada (the “SCC”) in 2016 resolved a longstanding dispute regarding federally-regulated employers’ ability to dismiss employees on a without cause basis.

In Wilson v. Atomic Energy of Canada Ltd., 2016 SCC 29 (“Atomic Energy”), the SCC confirmed that the unjust dismissal provisions of the Canada Labour Code (the “CLC”) protect most non-unionized employees in the federal sector from terminations without cause and without reasons. This stands in stark contrast to provincially-regulated workplaces where employees can have their employment terminated with or without cause, provided that adequate notice is given, if required.

This case involved Mr. Joseph Wilson (“Mr. Wilson”), who was dismissed on a without cause basis in 2009 after four-and-a-half years of employment with Atomic Energy of Canada Ltd. (“AECL”), a federally-regulated employer. AECL gave Mr. Wilson six months’ severance pay. Mr. Wilson nonetheless filed an “unjust dismissal” complaint under the CLC, claiming that his dismissal was a reprisal.

An adjudicator, appointed under the CLC to hear the unjust dismissal complaint, determined that notwithstanding AECL’s decision to provide Mr. Wilson with severance pay, it remained open to Mr. Wilson to avail himself of the broad remedies contemplated by the CLC, including reinstatement.

The adjudicator’s decision was reviewed by the Federal Court, which found the adjudicator’s decision was unreasonable on the basis that the CLC allowed employers to dismiss employees without just cause so long as adequate notice or pay in lieu and severance pay was provided in accordance with sections 230 and 235 of the CLC. The Federal Court reasoned that had Parliament intended to create a regime under which employers could only dismiss employees for just cause, it would have written such a regime into the CLC. The Federal Court of Appeal confirmed the Federal Court’s decision. Mr. Wilson then appealed his case to the SCC.

Writing for the majority, Justice Abella of the SCC explained that the unjust dismissal scheme applied to non-unionized employees who have completed at least twelve consecutive months of continuous employment, and for these employees, the unjust dismissal provisions completely displaced the employer’s common law right to dismiss without cause. The right to dismiss without cause would be inconsistent with the array of discretionary remedies under the CLC that include reinstatement. Justice Abella harkened back to an explanation given by the government in 1978 when the provisions were introduced and found that the intention was to expand the dismissal rights of non-unionized employees in the federal sector to analogously match those enjoyed by unionized employees.

Justice Abella found that the notice and severance remedies under the CLC were intended to apply only to individuals who could not avail themselves of the unjust dismissal provisions, such as managers, individuals who are laid off due to lack of work or discontinuance of a function, and employees who have worked for the employer for between three and twelve consecutive months. By expanding the number of situations where it would be appropriate to provide notice of termination or pay in lieu and severance pay, the purpose of the unjust dismissal provisions of the CLC would be undermined.

While the unjust dismissal provisions of the CLC displace the employer’s common law right to dismiss employees without cause and without reasons, federally-regulated employers should be aware that non-unionized employees who are nonetheless dismissed without cause can opt to pursue the common law remedy of reasonable notice of termination or pay in lieu via a civil action in court.

Despite confirming that non-unionized federally-regulated employees enjoy expansive protections under the CLC, Atomic Energy affirms that employers may still dismiss certain non-unionized employees in particular circumstances without cause, including: 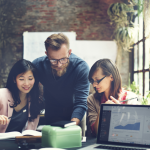 False Allegations of Cause May Attract Punitive Damages